Society for the History of Sciences and Technology

Archives of Selected News and Events

See also CHRONICLE in contents of volumes
More events – on Czech version of the website...

7th Conference of the European Society for the History of Science 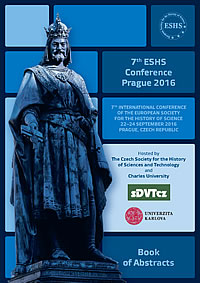 Conference The Clementinum and Jesuit Science

The National Library of the Czech Republic in association with the Astronomical Institute of Charles University, the Institute of the History of Charles University, and the Archives of Charles University organize the conference The Clementinum and Jesuit Science. It will take place at the Clementinum in Prague from Wednesday 9 November to Thursday 10 November 2016. The conference is held on the occasion of the 400th anniversary of Emperor Matthias´ issuing the privilege to the Jesuit College of St. Clement /27 August 1616, Universitas Ferdinandea/ and the 300th birthday anniversary of Joseph Stepling /29 June 1716/.

The theme of the conference will be the position of the Clementinum in the world of nascent modern science and its role as a centre of social, university and scientific life in Prague of the 17th and 18th centuries.

5th Winter Workshop on History of Mathematics Mathematics, mathematicians and war: How does war affect mathematical work and vice versa?

Workshop The Building of Czechoslovak Anthropology

The 25th Jubilee Conference will be held on the occasion of the 100th anniversary of the National Technical Museum, October 14 to 15, 2008, in the newly reconstructed motion-picture theatre.

Diagnosis as a Source of Historical Research

Czech technology (20th cent.) as compared to the world development

Selected publications by Vítězslav Orel after 1992. To his 80th birthday

On the occasion of his 80th birthday the Veterinary and Pharmaceutical University is publishing the list of Orel’s selected publications after 1992 aimed mostly to the elucidation of Mendel’s discovery within the concept of science studies. More... 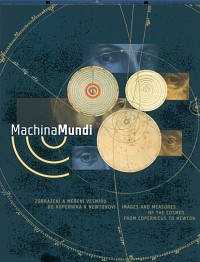 The National technical museum and the Istituto e Museo di Storia della Scienza in Florenc have the pleasure to invite you to the opening of the exhibition Machina Mundi on monday, november 7th, 2005, 6 pm.

At the opening, the minister of culture will present Jaroslav Folta, head of the NTM’s History of technology department, with the Prize for Research and Development.

First number of the volume XXXVIII, 2005, is devoted to the 40 anniversary of the Society for the History of Sciences and Technology founding, in 1965 with the attribute Czechoslovak.

Several articles contribute to the occasion: Pavel Drábek and Jaroslav Folta ( To Forty Years of the Society for the History of Sciences and Technology ) expound the development and possibilities of the discipline, the history of sciences and technology, from the 19th century in the Czech lands, then they describe the circumstances of the Society founding and name the significant specialists who played role in this process.

In the second article Luboš Nový ( History of Science and Technology Between Sciences and Popularisation ) contributes to the anniversary by the substantial account summarizing first advisable aims of the discipline in the Czech lands compared with the development abroad, proper methodology, ways of study for the specialisation of the history of sciences and technology, possibilities of undergraduate and postgraduate studies, and polarisation between papers from real research and texts with in fact popularising character.

Vítězslav Orel ( Historical Research at the Restoration of Genetics in Brno after 1948 ) deals with problems of the history of genetics, especially in line with his life-long study of Gregor Mendel, his research and foundation of the scientific branch, and of the whole situation in Moravia in the 19th century, where the breeding and cultivation of both animals and plants flowered; the local institutions and the specialists of the history of sciences and technology in Moravia are mentioned, too.

Portrait of one of founders and important researchers in the discipline, Jan Kořan, is set up by Miloš Hořejš ( Jan Kořan, Significant Researcher and Organizer of the History of Sciences and Technology ). Daniel Mayer ( Important Moments in the Work of the Plzeň Branch of the Society in the Past 40 Years + Portrait of Vladimír Bárta ) and Jiřina Kalendovská ( Founders of the Olomouc and Brno Branch of the Society ) aided with the description of the establishing and work of the Society’s branches. D. Mayer added a biography of Vladimír Bárta, one of Plzeň historians and officials, and J. Kalendovská gives data on important Moravian historians of sciences (M. Matoušek, V. Kruta and others).

The Max Planck Institute for the History of Science, Berlin, announces four postdoctoral fellowships (two years, with the possibility of a further one-year renewal) in conjunction with a research project on The History of Scientific Observation
(see www.mpiwg-berlin.mpg.de/DeptII_observation/DeptII_Da_observation.html for a description).

Science in contact at the beginning of the “scientific revolution”

Floods in the editorial office—August 2002

An International Symposium on the History of Science in Rudolphine period organized on the occasion of the 400th anniversary of Tycho Brahe's death (Prague, 24. 10. 1601)
Prague, october 2001

The 4th conference of the series on the science in the 20th century organised by the Historical Institute-Archives of Charles University on November 22–23, 2000 in Prague, Carolinum

(Thaddeus Hagecius) is prepared by a committee chaired by Pavel Drabek (Society for the History of Sciences and Technology). It is to commemorate Hájek´s main activities and contributions to many scientific disciplines during one-day session held on 31 August 2000. The committee asks all interested to help with the organization of symposium and to take part in it. Please, write - mail - fax, either at the address of the journal´s editor or at the address of the Society.

Exhibition.
Zatec (Czechia), September to October 2000.
The Hop Museum in cooperation with Society for the History of Sciences and Technology.

450th anniversary of birth of Kepler's pupil and partner in correspondence. Faculty of Physics of the University in Tübingen (Dr. Gerhard Betsch) - organizes symposium on 11-13 October 2000. New contributions not only on Maestlin but also on Kepler and Schickard are expected. For further information write please to dr. Gerhard Betsch, Tübingen University - E-mail: gerhard.betsch..t-online.de

31th International Congress for the History of Veterinary Medicine